Posted on October 1, 2017 by Itinerary Planner

Today starts my ‘retrospection blogs’ series of countries I have visited many years ago and possibly won’t get a second chance to revisit.  The first country I will reflect on is Venezuela.

Apropos, this embattled South American nation has been in the news for some time.  Information of inner turmoil, food shortages, educational neglect, anti-government demonstrations and political fallout have been reported.  The most recent diatribe is that they have been added to the list of banned nations whose citizens will not be allowed entry into the USA.  My recollections should not to be considered a political gambit or posturing.

My introduction to the Latin culture began when I studied Spanish as a second language.  The curriculum presented opportunities for interactions with the Venezuelan Cultural Center and its teachers which prompted my visit.  So off I went on a fact finding mission to Venezuela.

I arrived at the Simón Bolívar International Airport eager to find out more about Venezuelans, practice my Spanish and learn more about their culture.  En route to the hotel from the airport I could not help seeing the shanties.  Not the welcoming sight I expected, but that image would soon give way to beautiful boulevards, tree-lined streets, plazas, and pedestrian only avenues.   Even though my understanding of Spanish was good, not fluent, I wasn’t quite prepared for the onrush of the language.  I couldn’t understand a thing.  It took me a day or two to adjust to the accent and delivery speed.  After a while and for obvious reasons, I realized speaking with children was a lot easier than talking with adults. 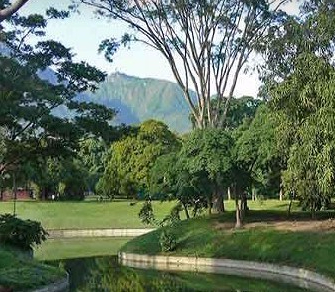 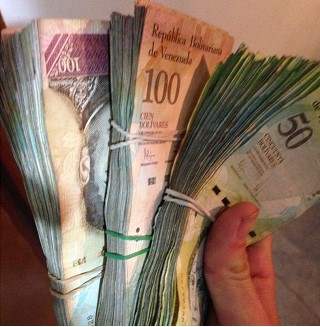 I rode the metro train to popular places like Chacaito and Sabana Grande (pedestrian only avenues geared for fashionista shopping), Plaza Venezuela (a public square for relaxation) and Parque del Este (an oasis in the heart of the city) just to name a few.  I recall the very first time I exchanged US dollars at the cambio for Bolivars (local currency).  I received so much money I felt like I had become an instant millionaire.

Outside a building I noticed a large group of people.  Curiosity got the better of me, so I inquired on what was going on.  I was invited to go inside and to my surprise I discovered it was a cinema.  We sat down to watch the film and every time I laughed the audience laughed a few seconds later.  I then realized while I laughed at the jokes in real-time, it took them a few seconds to read the Spanish subtitles.  Back then only English films were shown. 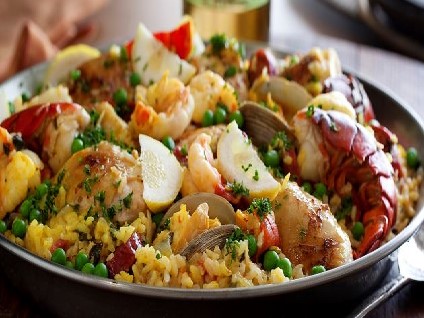 The food was another interesting revelation.  Three major cuisine staples that were prevalent in most restaurants, or at least it seemed so to me, was Paella (rice dish flavored with mussels, seafood and peppers); Arroz con pollo (rice and chicken); and Arepas (a maize flour dough made into little cakes) eaten at breakfast, lunch and dinner.  Even McDonalds offered Arepas as a side-order.

I would often stop to watch young and old couples salsa dance in the plazas.  There I learned to perfect my salsa moves because of my willingness as a volunteer partner.

Venezuela boasted a gondola lift (Teleférico de Cararas) which transported small groups of people to El Ávila Mountain.  It took about 15 minutes to reach the top.  The cable

operator stopped the car I rode in half way up and allowed us to feel the gentle bounce on the cables for a few seconds.  The feel of the gravitational pull evoked an un-rehearsed unanimous gasp.  Scary?  Undoubtedly.  I must say we  we were given a heads-up, as well as, an adrenaline rush.  At the top of El Ávila the views of the city of Caracas and the surrounding valley below were breathtakingly spectacular.  Occasionally, clouds would descend and block the view below.  Telescopes along the perimeter allowed for a better view of the city and its neighboring communities like Galipán – known for its exotic flower industry, and Macuto.

My trip to Venezuela was short, sweet and unforgettable.  Indeed, recounting this particular travel has brought back fond memories.  Back then, I didn’t have an itinerary plan, cell phone, iPad, laptop or even a simple map, but only a Kodak camera.  Google and the internet were not a part of my travel experience.  I simply relied on communicating with the people around me.  I am sure many things may have changed since my initial visit many years ago, but for now, I will continue to keep alive the memories of the Venezuela I once knew.

← Flying by the seat of your pants
Captive Audience →

3 Comments on “Venezuela In Retrospect”